The past week has been pretty great for us arcade racing fans!

Not only have we gotten Horizon Chase Turbo and FAST BEAT LOOP RACER GT, but Kickstarter success Slipstream has also seen release!

I’ve been pumping some time into Slipstream recently, and I can confirm that it is indeed awesome. But, how about that price tag, eh? It’s going for USD $9.99, but with a launch week discount of a dollar, you can pick up what is essentially a synthwave-flavoured 2D version of Out Run 2 for $8.99 USD! Sure, it looks a lot like Out Run, the Lotus series and Top Gear, but at it’s heart? Out Run 2 in 2D. I promise 🙂

END_OF_DOCUMENT_TOKEN_TO_BE_REPLACED

This one has been a long time coming.

I found Horizon Chase enjoyable enough on my Android phone, I really did. But the minute there was news of this coming to PC and Consoles, I stopped playing. I tried getting my controller to work with the Android version, but never had much luck. And I really didn’t want to use the touch-screen to play. It was fine, honestly, but my memories of the raster-racers Horizon Chase was paying homage to was with a controller in my hand, not tap-tap-tapping on a touch-screen.

So I made a deal with myself.

As much as I wanted to dive in, I was going to wait it out.

END_OF_DOCUMENT_TOKEN_TO_BE_REPLACED 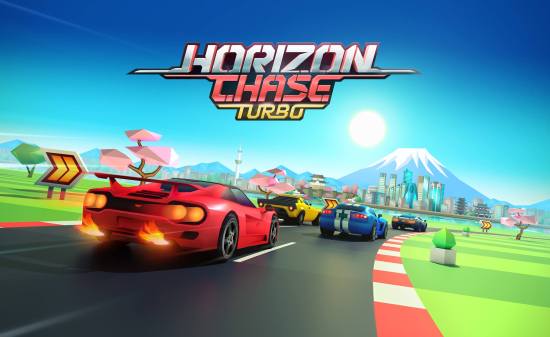 I really enjoyed Aquiris Game Studio’s Horizon Chase on my Android device – it’s a great homage to classic racing series like Lotus, OutRun & Top Gear that rises above the nostagia all the same, and is a legitimately great game. The only qualm I ever had with it was that it was stuck on a mobile device. OK for gaming on the go – although (practical) physical controls wouldn’t have gone astray – but in my experience, less than ideal for extended play sessions at home. So maybe I wasn’t too fond of the overly mobile-esque UI either, but Horizon Chase Turbo looks to be heavily re-worked for home platforms.

Aquiris Game Studio has taken its time with these ports, and all signs point to it being worth the wait. I’m all for delays if it means we’re getting a game that is more than just a quick mobile cash-grab. Which Horizon Chase Turbo most definitely is not – it’s looking mint.

END_OF_DOCUMENT_TOKEN_TO_BE_REPLACED 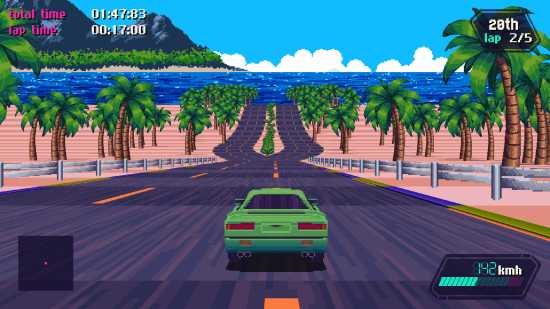 Two years ago today, 2D arcade racer Slipstream was successfully funded on Kickstarter. It hit the ground running early in the campaign, courting potential backers with a playable demo and boasting a neat Synthwave soundtrack. Slipstream made a hell of a first impression. The combination of 2D Out Run raster scrolling and the smooth Out Run 2 drift mechanics got me straight where it hurts – my weaknesses all rolled into one.