We may never have received the official WipEou4 we all wanted, but it really doesn’t matter any more, for developer auteurs Neognosis have made up for this gross injustice by unleashing BallisticNG upon the world.

Not only does the base game feature a wealth of content, Neognosis have bundled in some rather amazing tools that give players the opportunity to create content to rival any of the official tracks they themselves have provided.

There’s just a TON of user-created stuff out there right now, and I want to cover it alllllllll.

In this regular series, I’ll be taking a look at some community gems I think you might get a kick out of – here’s a bunch that I highly recommend you take for a test drive right now.

Abisko is a nice, speedy track, set against a gorgeous northern sky. 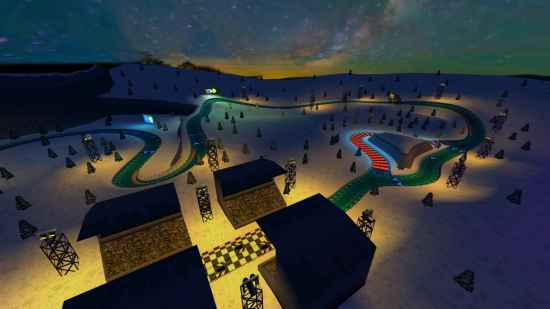 I’m a sucker for a winter setting, and this is a good’in. 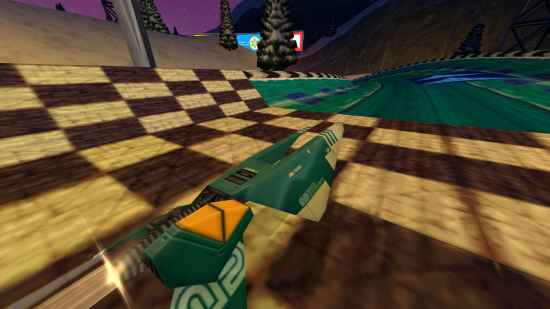 Warm lighting punctuates certain sections of the track, and the gorgeous palette subtly shifts as the lap wears on. Each section feels distinct – a must in a game like BallisticNG, where track memorization is everything. 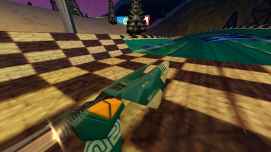 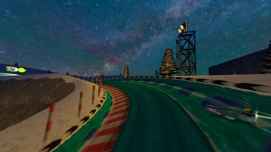 There’s very little here to trip up all but the newest of players, and it’s not the flashiest track I’ve come across, but that doesn’t make it any less fun to tackle. With a couple of decent jump points, some nice topography and a really clean aesthetic, Abisko makes for a good run in any mode/speed class. 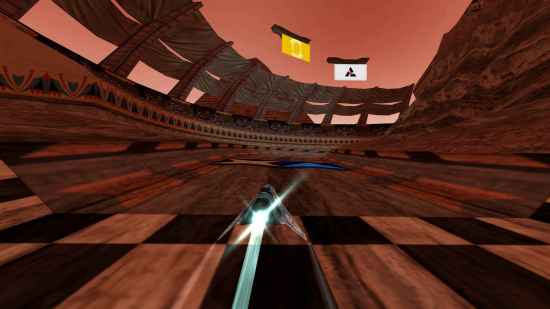 Cairodrome is the coolest custom track by default. Named after perhaps the most iconic of the CoLD SToRAGE tunes in the original WipEout, ‘Cairodrome’, it’s an inspired creation that WipEout die-hards are sure to get a kick out of.

If the awesome stopped at the name, I’d be rather disappointed. It doesn’t though, and Cairodrome is a distinctive track full of memorable design and neat touches. 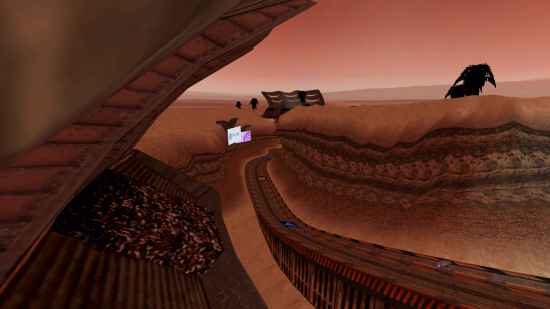 There’s a level of competency here that puts it a cut above most. Cairodrome not only pays homage to the WipEout games, but also seems to pull inspiration from early 3D-fx PC titles – I can definitely see a bit of Star Wars Episode One Racer here, with a forked section of track that allows for some kinda-sorta off-roading. 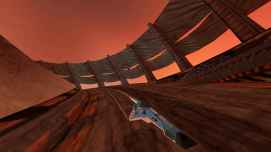 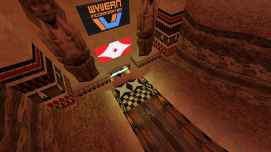 This stands in stark contrast to the clever (and rather fiendish) tunnel section. Your first runs through are guaranteed to be tough, thanks to the oh-so-tricky rock structures that protrude out from the tunnel walls. You’ll be hitting these a lot in the beginning, but stick with it, because damned – nothing can beat that feeling when you emerge from the tunnel unscathed for the first time. 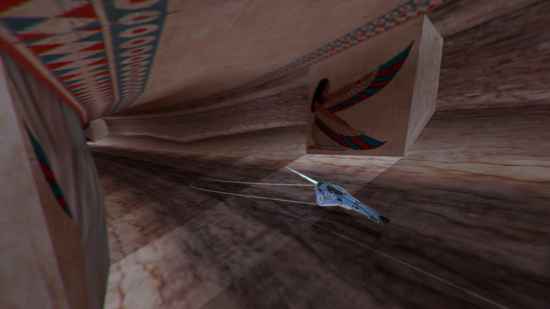 Cairodrome is just pure class. A must. 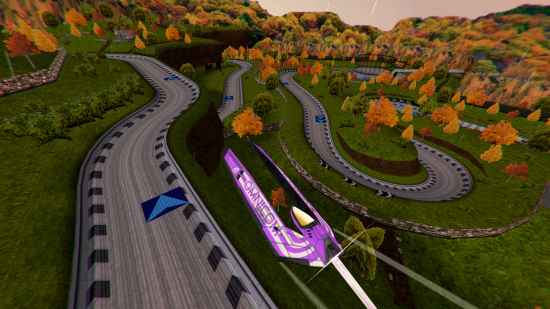 Cobblestone is another killer track by shroomologist. Again, this one isn’t all that difficult, but it’s a fun romp, and is best tackled at the fastest speed class that you’re able to handle. 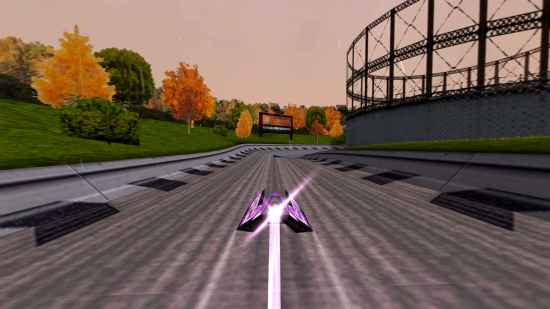 The aesthetic reminds me a lot of Autumn Valley Speedway from the seminal Road & Track presents The Need for Speed – lots of pretty oranges and greens make up the scenery you’ll be blazing through. 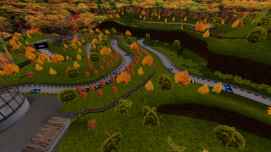 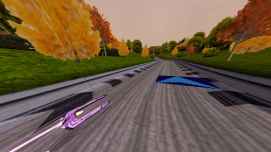 It’s not a highly demanding track, but what Cobblestone does offer is something I appreciate – plenty of wide, banking turns that give you the opportunity to hone your cornering skills. It’s easy to make quick turns here and there, but longer ones require more precise analogue movement, and that makes this track one of my go to’s when I’m in need of a bit of practice. 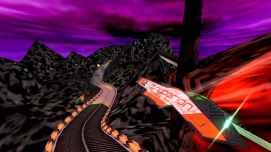 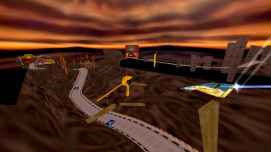 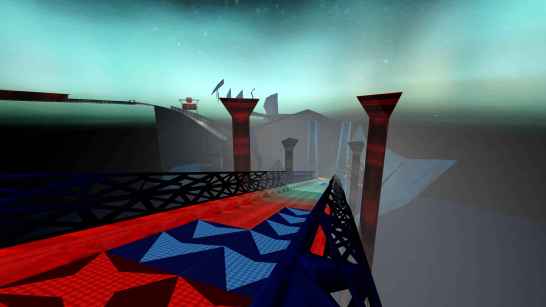 This collection of remade tracks are exactly what I was hoping to see when the workshop content started coming in. WipEout 64 was a neat game, and though not quite as polished as its Playstation brothers and sisters, offered some unique takes on the classic courses that we know and love. 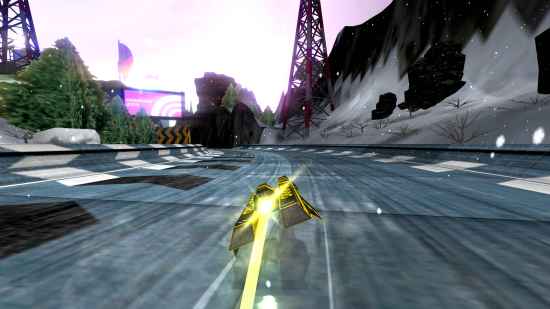 WipEout 64 claimed it had all original tracks, but they were mostly riffs on existing WipEout courses – re-skinned and reversed. The changes were enough to fool me at the time, and to be fair, they still feel a little different – they’re not exact matches. 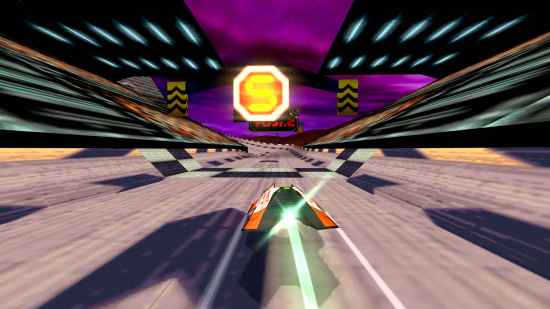 So far, user Bunnings sausage sizzle has brought us the visually impressive Klies Bridge remake, and the more conservative ports of Sokana, Terafumos and Velocitar round out his offerings. 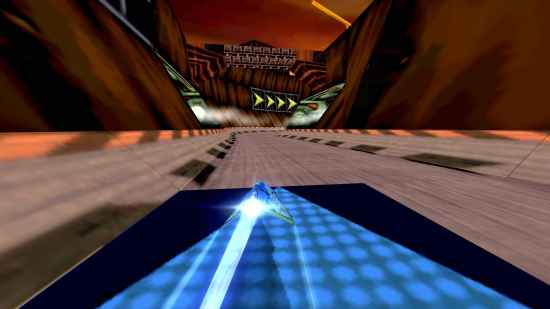 They’re almost 1:1 remakes, and feel spot-on to me. Being able to play them with the much-improved physics that BallisticNG offers really gives them a new lease on life. 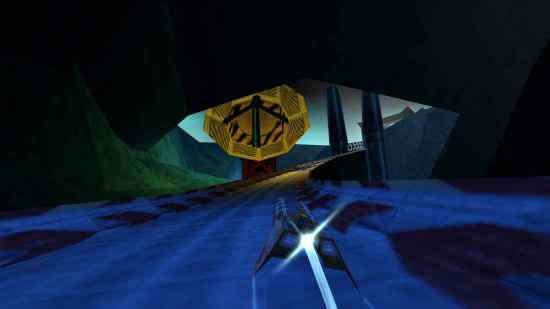 BallisticNG gets me SO excited for many reasons. It’s classic WipEout, but without the technical constraints. The whole game is genuinely improved by the faster frame-rates, and with all the custom content on offer, it may just end up the only monument to WipEout we will ever need. Old tracks and new. Classic ships and new teams.

Are you a BallisticNG fan? Or are you a fan of the older WipEout games? Sound off in the comments below.

What tracks do you think I should tackle next?