If you’re a SEGA fan and you keep up-to-date with retro-gaming community on social media, then no doubt you’d have seen this indie remake of the SEGA Master System classic Alex Kidd in Miracle World spring up from out of absolutely nowhere.

Alex Kidd in Miracle World was the first foray into the SEGA Universe for many a SEGA kid. It was a pack-in game for SEGA’s revised Master System II model, being built-in to the console. Later versions of the Master System II had Sonic The Hedgehog in there, but the one, true Master System II pack-in will always be Alex Kidd.

So, the remake! Developed primarily by a two-man team, this unofficial Alex Kidd do-over is definitely looking the business! Straight off the bat, the new art-style and animations impress. And thanks to a few clues in the HUD elements, I noticed things that pointed toward the game receiving a few tweaks and upgrades. 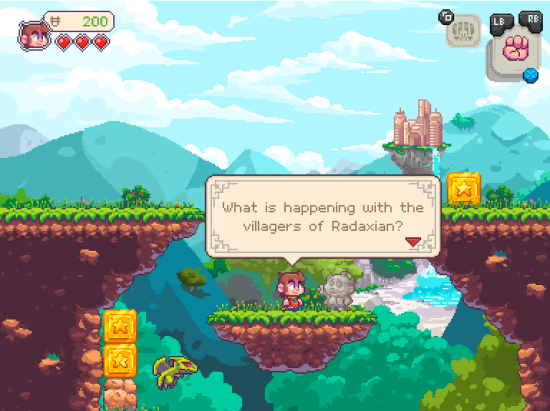 But I was speculating at this point, so rather than leaving all of these questions I had unanswered, I decided to get in contact with the Spanish developers behind the game, Narehop and Josyanf1. I was hoping they could shed some light on the nature of the remake, its un-official status, concessions made for the modern gamer and to talk some about that gorgeous art.

And boy, have we got quite a bit to chew on here!

A Certain Kind of Gamer: Hi guys! Thanks for taking the time out to talk to me about your new game! To kick things off, maybe we’ll just start with some introductions. Who are you, where are you from and what games have you worked on previously?

Narehop: First of all thanks for being interested in the Alex Kidd project. My real name is Hector Toro (Narehop) and I live in Spain (Cadiz). I’m an illustrator, animator and concept artist. I’ve been in the animation industry for some years, even though the last two years, I’ve been really busy with the video game world.

Josyanf1: Hello, my name is José Sanz, known on the internet as Josyanf1. In my spare time I program videogames. A few months ago I did a Kickstarter for “Value Boy”. I’m currently working on Value Boy in solo, and on the other hand the remake of Alex Kidd with Nare.

ACKoG: Your remake of Alex Kidd in Miracle World seems to be spreading like fire through social media – what made you want to remake this particular game?

Josyanf1: My first console was the Sega Master System II, and one of the first games I played was Alex Kidd and others like Wonder Boy II and III, Asterix …
I think that this has made that, as a programmer, I always wanted to go to the genre arcade/platformer… in addition to all the love in the past few hours with this title.

Narehop: It was my first video game, like Jose – despite our difference in age. The first console that came into my house was a Master System II that was included with Alex Kidd inside. I remember that my parents only let me play weekends with my brother, we played so many hours and the vice/addiction was so big that at night we had a headache until vomiting (100% real).

For a few years I tried to do everything possible for a remake although it was free, but I’m just a cartoonist and animator… so I could do very little.

Until I met Jose and jokingly said “hey… what if we do…?” 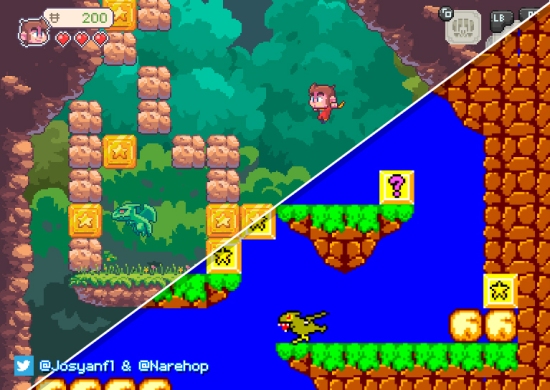 ACKoG: And how far in development is this remake?

Narehop: Whenever you start a project is slower with all the pre-production, but for the short time we carry, we have almost all the basic mechanics programmed and quite material design characters, etc… We even have the first level song!

Josyanf1: We have not been long, but we are really going very quickly and we have a very good work rate.

ACKoG: So, you’re all big SEGA Fans I take it?

Josyanf1: I have been a SEGA fan since always!

Narehop: Fan? That’s like asking if the sky is blue. I love SEGA! I wish someday I can work with them. * Wink-wink * hahaha

ACKoG: I personally think that Alex Kidd in Miracle World is a perfect game to remake. It’s an absolute classic, for sure, but I think there are aspects of it that could definitely use a little modernization. I’ve noticed that in the HUD, there seem to be three hearts/hit-points – will you be re-balancing the difficulty of the game? And will there be an option to play in the old-school, one-hit-and-you’re-dead kind of way?

Narehop: Of course! I mean, both Jose and I are very fans of Alex Kidd and that helps us to see the project with the respect it deserves. There are mechanics of the original game that today are obsolete, such as the story (which is not very well narrated), the items often did not know to serve… In the past it was used a lot “trial, error” but today I think in a game like it was Alex doesn’t work so much.

And on the new game HUD, I wanted to make the game have something interesting to offer for the player. In Alex Kidd there are active objects that only work in certain parts of the game, but there are also active objects that you can use whenever you want. This in the old system was rudimentary, whereupon we planned a completely new inventory for Alex.

Josyanf1: Totally. We plan to make a difficult game, but there are many aspects that because of the technical limitation of the time must be improved.

ACKoG: So games like the recent Wonder Boy: The Dragon’s Trap remaster basically just took the original Master System game and reverse engineered the physics and gameplay systems. What approach will you be taking? Will we be seeing some tweaks to the physics, collision detection and overall controls?

Josyanf1: This remake is a game made by just us playing through the original. It would be nice and fun to be able to do the same as in that remake, but we do not have the necessary resources.

Narehop: I don’t have anymore to add, haha!

ACKoG: What engine are you creating Alex Kidd in Miracle World in?

Josyanf1: For my part, I program and perform the animations that require code with GameMaker Studio.

Narehop: I use Aseprite to make pixelart and Photoshop for a Little corrections.

ACKoG: How do you plan on re-working the Janken matches? In the original, they were in a fixed order. I’m sure everybody of a certain age will remember writing down the order of these matches in the game manual – I know I do.

Josyanf1: We have debated several times what to do with this, and we are definitely going to improve these battles. There will be parts of skill and absolute chance.

Narehop: This feature is maybe the most unique part of Alex Kidd, but honestly it needs some reworking, hahaha. We are working on it right now.

ACKoG: Let’s talk about that art. The visuals look stunning, and the remade art and animations that you’ve teased so far look fantastic. How time-consuming has it been to re-do all the art assets, what made you settle on that particular art-style and who is doing the art?

Narehop: I’ll take care of the art of the game. Both sprites and animations. @MontyDrake helps me when he can with things that don’t take much time because he also has other projects. I don’t have idea why we decide for the pixel art. I’ve only been practicing for two months! And in one of the drawings I did Jose liked, and between jokes was passing the time when I realized I was making a game pixel art.

ACKoG: And will the entire soundtrack be remade? Do you have anybody in mind to provide your music?

Narehop: At the moment we have a musician for make the new OST. Bibiki is a great composer and we’ve worked together on some projects. We’re going to remake the soundtrack, but using the same retro melodies. 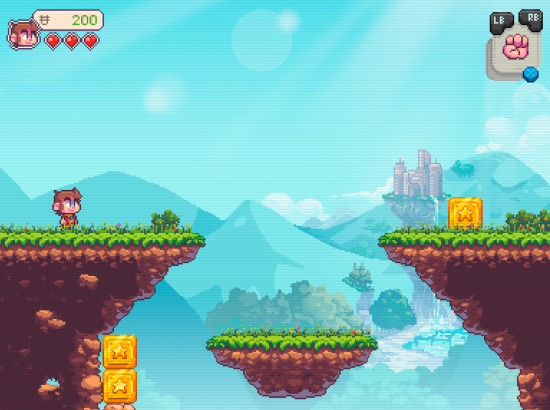 ACKoG: So, you probably guessed that this question was coming – have you had any contact from SEGA in regards to the remake?

Narehop: I think we are currently an insignificant point of interest to SEGA in the universe, so… l can’t say anymore.

ACKoG: Do you have any plans to re-work the game if you are told to halt development by SEGA?

Narehop: If SEGA contacts us to stop the project, we’ll have to do it. Alex Kidd doesn’t belong to us, and we’re doing this as fans we are.

ACKoG: What platforms can we expect to see this appear on and is there a rough time frame for release?

Narehop: We don’t have time frame for release at the moment – it’s so early to say a date, but 100% will be released on PC.

ACKoG: Well, awesome stuff, thank you so much for chatting to me about the game. I’m super pumped for it, and I know many other people in my social media feeds are frothing at the mouth to get their hands on it! All the very best to you!

Narehop: Thank you for giving us a chance to tell a little bit more about what we do. I hope everything goes well and soon we can all enjoy the new Alex Kidd!

Cheers for the interview, guys!