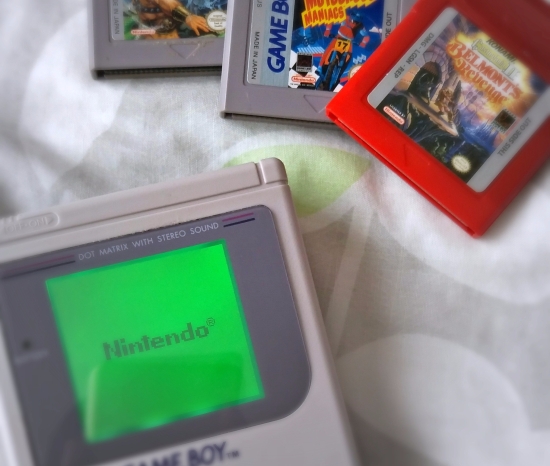 So it’s a bit of a different post today. I was out and about adulting, so I came up a little short on time. And as such, my planned SEGA Rally 3 TeknoParrot PC Tutorial will have to wait until tomorrow. *sniff*

But whilst I was out, I did manage to make time to check in at a local second-hand store to see what they had in stock. I went in there with Game Boy on the brain – I put that down to all the words I wrote about portable gaming yesterday.

And I wasn’t disappointed! In the display case, they had about 75 different games for the Game Boy/Color, and a few caught my eye instantly. So whilst I was waiting on the attendant to open the display case, I did find some other games I feel are worth giving shout-out’s to.

I spent a little time mulling over Road Blasters for the Atari Lynx. I was ready to take the plunge, but the price was $25 for a loose game card. Lynx games are available for that price like-new and factory sealed. So as much as I wanted to play the game today, I took a hard pass.

I’ll add it to my wish list, though. Road Blasters is a fantastic game, and the Lynx port is a technical marvel that plays just as good as it looks.

Marching on then. The other two games that I really would have liked to have brought home with me were The Lion King and The Jungle Book – both for the OG Game Boy. If I didn’t give myself a budget for the afternoon, I’d be playing them right now, but the three games I did settle on will do me for now. Both Disney games are ports of the Mega Drive titles, and as such aren’t entirely new to me. Still, I’d be interested to see how they fare on the Game Boy. Not today, though!

So without further ado, here are the three games I chose. One of them is a bit WTF, but its reputation as a shit game by a good developer meant that I couldn’t pass it up.

And just in case you are at all wondering, yes, I took all the photos/screenshots below myself. Can you tell? I’m sure you can. Photography isn’t my area of expertise. In saying that, I do really like the way the games look on my modded Game Boy, and their vintage is accentuated in the grabs. Besides, it’s in the spirit of the old gaming mags we all grew up with. It seemed fitting to go totally old-school – camera pointed squarely at the screen and all.

Adds a bit of character, y’know? 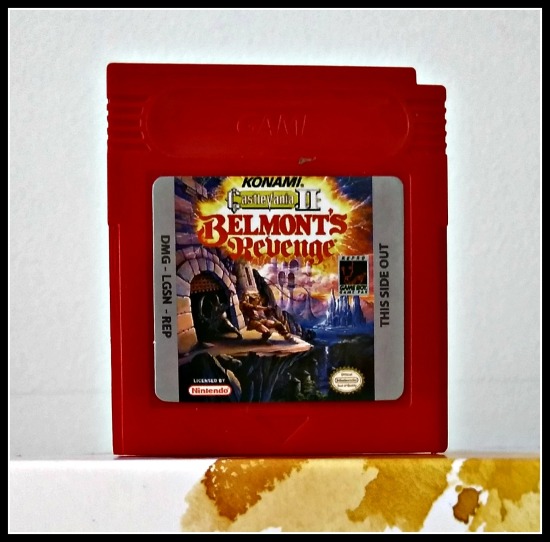 This caught my eye straight away. Look at that gorgeous deep-red cart. LOOK AT IT!

After spending part of yesterday’s post professing my love for CastleVania The Adventure, stumbling upon CastleVania II: Belmont’s Revenge seemed like, well, I won’t lie – it felt kinda like fate. The game definitely wasn’t there the last time I visited this store, so yep – total no-brainer. 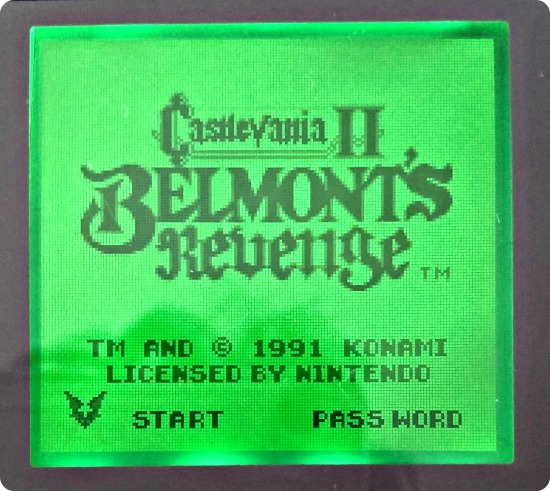 COME AT ME BRO.

Upon booting up the game, it’s immediately apparent that Belmont’s Revenge is leagues ahead of Adventure when it comes to presentation. I was particularly taken by the stage select screen: 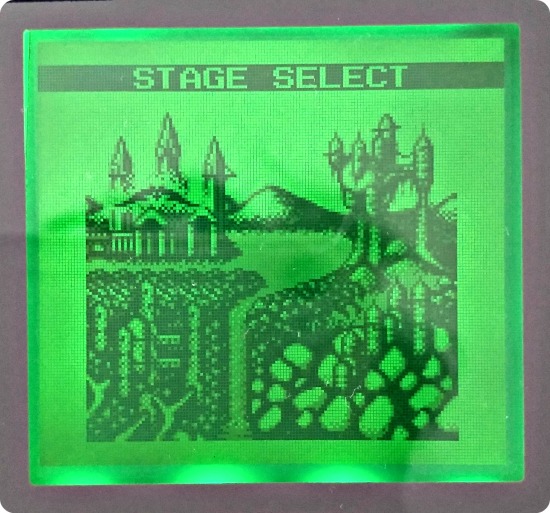 What is also apparent straight from the off is that the controls have been tightened up over the previous game. It’s still a bit slow, but like I said yesterday, I don’t mind that so much – everything on the screen is crisp and clear 100% of the time, and ghosting is kept to a bare minimum.

The levels seem really fun so far, too, with some interesting new gimmicks in each – a nice expansion on the more straight-laced Adventure, for sure. It doesn’t seem as challenging as Adventure yet, but I have only played about twenty minutes of the thing. 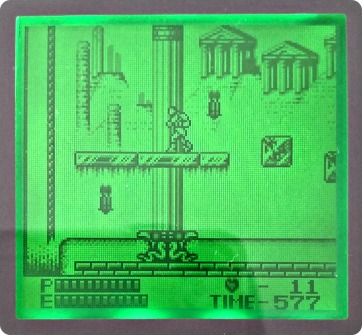 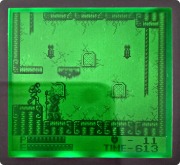 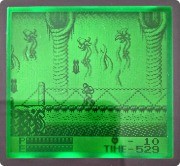 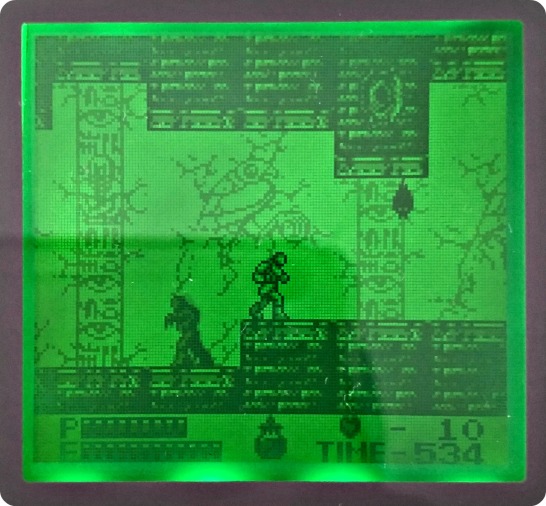 It pretty much goes without saying that I’m definitely keen on deep-diving this one. It’s classic CastleVania on the Game Boy.

I’m pretty stoked that this pretty red cart and I crossed paths today. 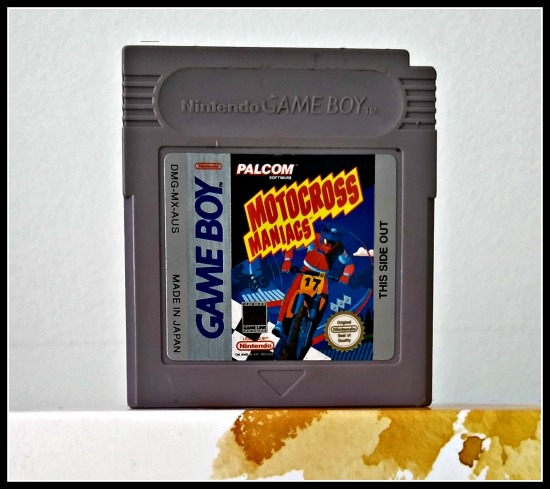 Another game that I didn’t want to leave behind was Motocross Maniacs.

I’ve never actually played any of this series before. Well, two minutes of Motocross Maniacs Advance in an emulator, maybe, but certainly not an original cart on an actual Game Boy.

It looked like a proto-Trials kinda game, and I jumped on it. 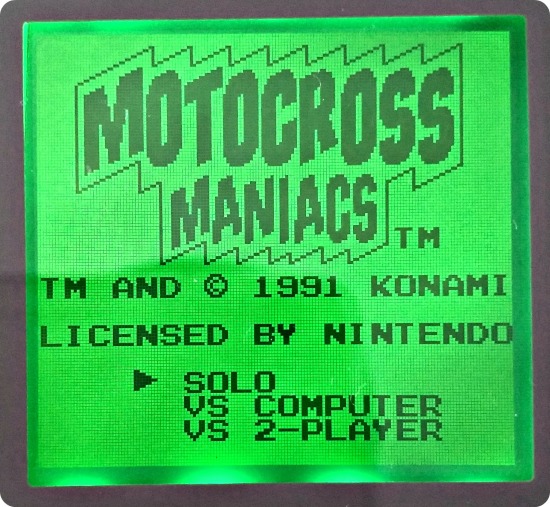 Presentation is as basic as it gets, and doesn’t do much to get you pumped for the x-treme sports action.

The simple graphics turn out to be a blessing in disguise. All a game like this needs is to be readable, and though Motocross Maniacs is as basic in-game as the menu’s suggest it will be, it is indeed readable. Everything you need to see is telegraphed superbly, and this helps you suss out what’s ahead of you rather quickly. 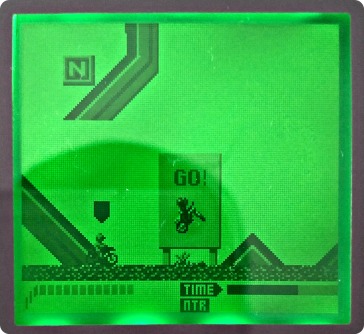 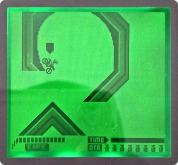 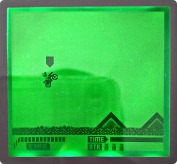 The best way to describe the controls is that they’re a bit like Excitebike and a bit like the Trials games – simple to grasp, but with a ton of nuance and depth. And just like Trials, there are many ways you can screw up a run. How many ways? ALL THE WAYS. Boost a bit too early here, and use a bit too much Nitro there, and you’re indeed screwed. Still, it’s easy to figure out just where you went wrong, and hey, there’s always the next run!

All in all, it’s a superb game with flawless controls. I’m really glad to have Motocross Maniacs in my Game Boy library. Once I’m done with it, I may just hunt down the next two games in the series. I can only imagine it gets better from here on in! 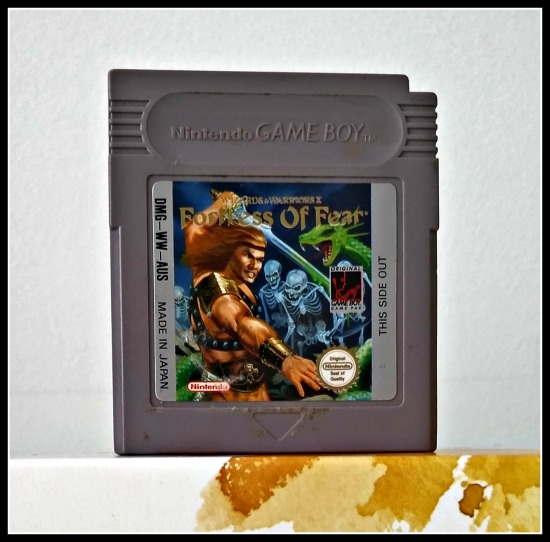 Yep. THIS is the WTF pick-up I was telling you about.

I’ll admit that I only previously knew of Wizards & Warriors X: The Fortress of Fear from its dodgy reputation. It seems to be known as that one shit game that Rare made. I’d argue there’s more than one shit game made by Rare, but that’s a topic for another day.

I don’t like being a Negative Nancy. There’s already plenty of them on the internet.

I’m sure you’ll agree though, that’s some shit-hot label art on the cart. 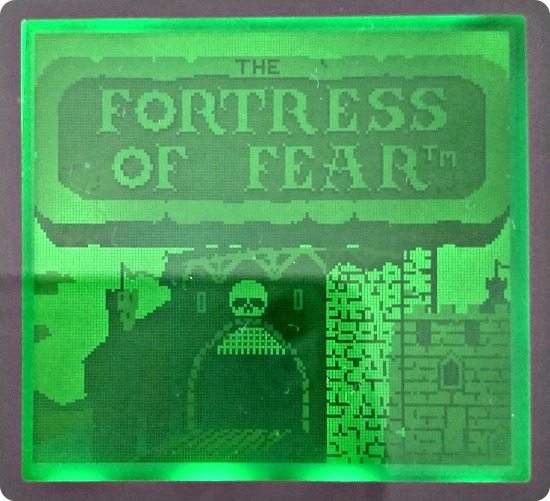 So The Fortress of Fear. It was, like, 10 bucks. That’s likely 10 whole bucks too much, but what the hell, I thought. I stared at that art, wondering just how bad the game could be, and if that label art was worth the $10 entry fee.

My brain said no.

And so I walked out of that second-hand store with The Fortress of Fear as my third and final game.

“SIMPLY MAD!” – I hear you say. Well, hoooooold your horses there, Chief!

You know what? It’s not all that bad.

I mean, The Fortress of Fear is far from spectacular, but it’s alriiiiiight? I guess?

The graphics are a little MS PAINT, it has to be said. In fact, the art reminds me a lot of the kinda shit I drew with the old Apple II Paint program in Primary School. It’s not amazing at all, but it oozes a particular brand of cruddy charm. 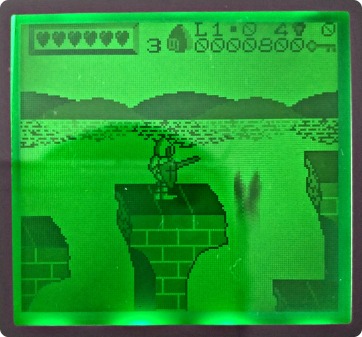 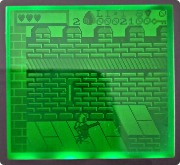 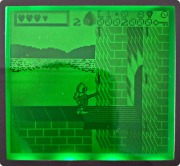 The controls are decent too, I don’t have many complaints I can level at them. They’re functional, and not much more.

I don’t know how much patience I’ll have to actually play the thing for any substantial amount of time. There’s no continues, so when your lives are up, that’s it. It’s basically one big memorization exercise, and I don’t personally feel that the game is good enough to warrant the effort.

In summation, the game isn’t all bad. It’s not particularly good either, but the music is cool. And hey, as a weird little curio – it works!

And there we go – my little gaming haul for the day!

I know it’s a shorter post, but I want to make sure that if I can’t write a million words a day, I can, at the very least, get something to you six out of the seven days in a week.

Feel free to hit me up in the comments down below if you’ve picked up something interesting yourselves. I’d love to see your hauls and and hear all the thrift-shop stories you’ve got to tell.